Please see the devlog for an important update.

ah, i really liked this game! I think I even dreamt of the plot, since it really appealled to me, being a human in a human-exclusionary town, whilst trying to belong.

cassius is such a sweetheart, and i loved seeing how he grows depending on your choices to be slightly more assertive & confident. i'm looking forward calisto (i feel like he's full of teasing fun), rafael (just that brief convo made me think it'd be interesting to see how hanging with you changes rafael's socializing), shawn (a punk shy shut-in zombie, sounds so good!) & kristoff (such an annoying and endearing demon? he's so intriguing). Tor too, just not my priority hahaha.

I'm also super glad that the game was comfortable to play for me, since mc was not gendered and that's so good for my non-binary ass.

thanks for your hard work, hope to see more of this universe!

I don't ever really comment on VN pages just because I'm not really eloquent in expressing my ideas, but I really enjoyed playing Cassius's route. Everything from the writing to the dialogue and interactions seemed so natural, with nothing forced to satisfy the romantic aspect of visual novels. I didn't think I'd get so attached to a character with a piano for a head, but the world is truly full of surprises. It definitely helps that he's the sweetest kid around (I wanna give him constant hugs and purple cardigans LMAO)!

I'm looking forward to future routes (especially Krystoff for some reason) and I'm beyond happy that a game like this exists :)

this game made me have the thought 'i hope i get to bone the piano' and i can't thank you enough for that. seriously tho, all the characters i've met so far seem so sweet, and that's a breath of fresh air with dating vis novs like this! ...seriously tho i wanna play his face.

it was frustrating how he reacted to us not knowing anything about his species, tho. i can understand assumptions being annoying, but just wanting to understand? what's wrong with that?

also, are there multiple endings per route?

Reply
Maybe I should go271 days ago

I was gonna ask if this game is still development?
then i found out the #1 character i wanted to romance isn't an option, the white tiger Tor </3
at least that's what it says off the game's tumblr in character bios Q-Q

Will there be a windows version? :)

Hi! There already is one, please click on this up in the downloads section! 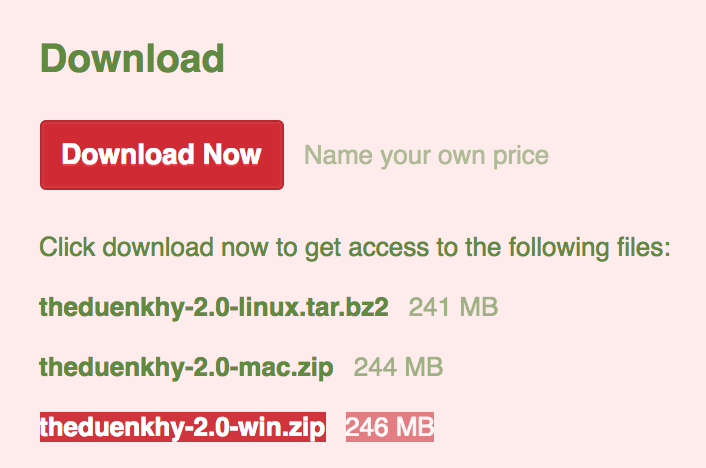 i love you guys

I liked your game a lot, I'm looking forward to the full version.

-Will the Cassius route be the same, or will you add more things?

-Were there other endings in the demo, or will there be in the full version?

By the way, you've made the Duenkhy very realistic, especially the object heads like Cassius, that made me have questions.

-Do object heads or Cassius see kisses with indifference or curiosity, since he has other ways of expressing his feelings or passion?

-How is Cassius's bed, especially in the part of the pillow?

-Can a human and Duenkhy have children?
(If they can´t, they can always adopt XD)

Hello, I'm so terribly sorry for the late reply! Thank you very much for enjoying the demo!

-Most likely, Cassius' route will remain mostly the same. I may make fixes, better the writing in some places, etc, but the overall story won't change from the way it was in this demo.

-There are a couple of endings to his route! They're in the demo, too.  The general routes are good ending and bad ending, but there are some small varieties on how you can arrive to both.

-Object heads all have different opinions on kissing! Some are indifferent, some are curious. Maybe some try to kiss by touching faces, just because it's a nice gesture. And of course, there's lots of object heads who are involved with non-object heads (romantically, platonically), and I'm sure they all come up with their own ways of showing affection to each other. Cassius in particular is probably happy to receive kisses, but holding hands is still his favorite.

-I imagine Cassius' pillow is a thin, tube-like shape meant to prop up his neck and shoulders so that the back part of his keyboard doesn't force him to sleep at an uncomfortable angle. I think he sleeps sitting upright sometimes, too.

-I was intentionally silly and vague about how object heads (and duenkhy in general, by extension) procreate since it's a very tricky thing to really explain in any realistic capacity. I feel that many of the mixed couples probably adopt, and adoption is more common in the duenkhy society. :)

Thank you so much for the questions!

That's not right! Try clicking download now, just take me to the files, and see if you can download "theduenkhy-2.0-mac.zip". If you can't find it please let me know so I can send it to you!

Sorry! I was able to download the demo through the website but apparently I forgot to update the desktop app orz. Thanks for your fast reply, much is appreciated

No problem, I hope you have fun playing!!

im going to be really honest? this demo legitimately made me cry from just... how good feeling cassius' route felt. ive come to walk into routes faring for a bad end, fearing for the fact that, more oft then not, something terrible was going to happen to mc and/or their s.o. but there wasnt, it was simple, it was sweet, it was warm, and i cried from joy and relief.

Each characters are unique and loveable; a brave and clever approach to the issues of race, gender, and social judgement...

Oh, and that Cassius route could hurt my teeth for its sweetness!! x3

I loved this VN! All the characters are interesting, unique and very lovable! It was such a joy to play! I really hope to play a full game in the future!

I'll admit, I'm eager to get more Krystoff: their interaction was so brief, and contentious xD

You do fine work, hope you're enjoying sharing such a nice VN with the world~!

I just finished the demo and enjoyed it so much! I can't believe how attached to Cassius you made me, he was too adorable and I love him!!! Keep up the great work, I can't wait to see what more you have in store for this game!

This is such a sweet game, I can't wait for the rest of it!

Just finished playing this game, and I must say I'm utterly in love with it. Out of all the characters, Shawn is my favorite - but I must admit I was looking for a VN with a zombie or a ghoul for what seems to be an eternity - my heart just skip a beat when he appeared!

But well, Cassius is such a nice boy too - since his first chapter is playable, it was nice to see more of him!

I can't wait to be able to play the full game!

Aah such a lovely game. The characters are so nice!

I adore Tor, I really hope he gets a full route. Absolute favorite character in this entire demo, he is so sweet.

Tor is so sweet xd

love the demo cant wait for this >w<

I am head-over-heels in LOVE with this demo! Thoughtful, engaging writing and fascinating, adorable characters-- a perfect romance game. <3